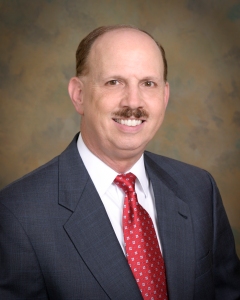 On November 17, 2016, Walter Beich, an Illinois pharmacist, pled guilty to defrauding Medicare, Medicaid and several private insurers out of $2.4 million by submitting false reimbursement requests for prescriptions he had filled with counterfeit drugs or did not fill at all. Beich faces up to 12 years in prison.

Beich, 63, is the owner of Corwin Pharmacy in Lockport, Illinois. He admitted on Thursday, November 17, 2016, that he was using patients’ names to submit false insurance claims for prescriptions to insurers like Humana, Blue Cross Blue Shield of Illinois, Medicare and several others.

Prosecutors said that between January 2010 and 2013, Beich used his patients’ information to submit reimbursement claims for drugs like Levaquin, Advair and Abilify. It is reported that more than ten of Beich’s patients received non-FDA-approved, foreign-made drugs instead of the ones they were actually prescribed.

Employees Were Unaware Of The Scheme.

Beich was allegedly able to get his employees to unknowingly falsify pharmacy records by telling them he had received phone-in orders from physicians. According to his plea agreement, only one of Beich’s employees knew what was really going on. To cover this fraud scheme, Beich falsified signature logs and prescriptions.

In some situations, Beich would bill the insures for pricey over-the-counter drugs, knowing that he has actually dispensed things like vitamins, fish oil, or a cheap, foreign-made drug to patients. He would also bill insurers for drugs he gave to his friends and family members who had no prescriptions. He went as far as submitting claims for drugs he had received as samples.

Beich appeared in court before the U.S. District Judge Amy St. Eve to plead guilty to two of the 12 counts of his indictment. He entered his plea to one count of health care fraud and one count of identity theft. There is a mandatory minimum sentence of two years that comes with the identity charge, which must be served consecutively following any other sentence Beich receives for the fraud charge. He will be enforced to pay $2.4 million in restitution.

Beich is expected to be sentenced in front of the U.S. District Court Judge John Darrah on March 29, 2017.

Consult With An Attorney Experienced in the Representation of Dentists.

The Health Law Firm routinely represents pharmacists, pharmacies, physicians, nurses and other health providers in investigations, regulatory matters, licensing issues, litigation, inspections and audits involving the DEA, Department of Health (DOH) and other law enforcement agencies. Its attorneys include those who are board certified by The Florida Bar in Health Law as well as licensed health professionals who are also attorneys.

The lawyers of The Health Law Firm are experienced in both formal and informal administrative hearings and in representing dentists and dental hygienists and other health professionals in investigations and at Board of dentistry hearings and other legal matters. Call now or visit our website www.TheHealthLawFirm.com.

About the Author: George F. Indest III, J.D., M.P.A., LL.M., Board Certified by The Florida Bar in Health Law is an attorney with The Health Law Firm, which has a national practice. Its main office is in the Orlando, Florida, area. http://www.TheHealthLawFirm.com The Health Law Firm, 1101 Douglas Avenue, Altamonte Springs, Florida 32714, Phone: (407) 331-6620.