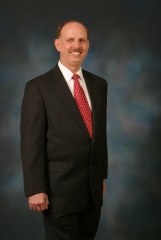 Novartis Pharmaceuticals Corporation (NPC) is currently fielding two different lawsuits, filed just days apart from each other, by the U.S. Department of Justice (DOJ). The first lawsuit was filed on April 23, 2013, alleging the company gave illegal kickbacks to pharmacists. A second lawsuit was filed on April 26, 2013, alleging illegal kickbacks were paid by NPC to health care providers. According to the DOJ, the government’s complaint seeks damages and civil penalties under the False Claims Act, and under the common law for paying kickbacks to doctors to induce them to prescribe NPC products that were reimbursed by federal health care programs.

Click here to read the entire press release from the DOJ.

Both lawsuits allege NPC violated the Anti-Kickback Statute. In the April 23, 2013, complaint against NPC the lawsuit alleges the company gave kickbacks, in the form of rebates and discounts to pharmacies in exchange for the pharmacies’ cooperation in switching patients from competitors’ drugs to NPC products.

The April 26, 2013, lawsuit accuses NPC of paying doctors to speak about certain drugs at events that were allegedly social occasions. Many of the programs were allegedly held in circumstances in which it would be impossible to have a presentation. According to the DOJ, this included fishing trips off the Florida coast and meetings in Hooters restaurants. NPC is also accused of treating health care professionals to expensive dinners. The payments and dinners were apparently kickbacks to the doctors for writing prescriptions for NPC drugs.

The lawsuit alleges at least six Florida doctors of participating in the bogus conferences and taking thousands of dollars in kickbacks, according to the Tampa Bay Times. The doctors are not named or charged in the civil lawsuit.

To read the allegations listed in the lawsuit against Florida doctors, click here for the Tampa Bay Times article.

In a press release, NPC disputes all of the government’s allegations. The pharmaceutical company states that discounts and rebates by pharmaceutical companies are a customary and legal procedure, as recognized by the government. It also addresses the physician speaker programs by saying the programs are also acceptable practices designed to inform physicians about the uses of different types of medicines. Click here to read the entire press release from NPC.

Kickbacks and The Law.

For years drug companies have paid doctors to speak about new drugs at educational conferences with other health care professionals. The practice is legal, but considered questionable.

Under the Anti-Kickback Statute, it’s a felony for health care professionals to accept bribes in exchange for recommending a drug or service covered by Medicare, Medicaid, TRICARE or the Department of Veterans Affairs health care program.

Whistleblower or Qui Tam Lawsuits Can Results in a Big Pay Day.

The original complaint against NPC was allegedly filed under the qui tam, or whistleblower, provisions of the False Claims Act by a former sales representative.

Individuals working in the health care industry, whether for hospitals, pharmacies, nursing homes, medical groups, home health agencies or others, often become aware of questionable activities.  Often they are even asked to participate in it. In many cases the activity may amount to fraud on the government.

The Health Law Firm Lawyers are Experienced with Qui Tam or Whistleblower Cases.

Attorneys with The Health Law Firm represent plaintiffs, patients, health care professionals and health facilities in qui tam or whistleblower cases. We have developed relationships with recognized experts in health care accounting, health care financing, utilization review, medical review, filling, coding, and other services that assist us in such matters.

Have you head about these two lawsuits? What are your thoughts? Please leave any thoughtful comments below.

About the Author: George F. Indest III, J.D., M.P.A., LL.M., is Board Certified by The Florida Bar in Health Law.  He is the President and Managing Partner of The Health Law Firm, which has a national practice.  Its main office is in the Orlando, Florida, area.  www.TheHealthLawFirm.com  The Health Law Firm, 1101 Douglas Ave., Altamonte Springs, FL 32714, Phone: (407) 331-6620.

The Department of Justice (DOJ) announced on December 27, 2012, that a specialty pharmacy, based in San Diego, California, has agreed to pay a $11.4 million settlement. That payment is to resolve allegations that the company used kickbacks to persuade doctors to write prescription for its products. The allegations came from a whistleblower lawsuit filed by a former employee.

Click here to read the press release from the DOJ.

An article in Modern Healthcare states that the specialty pharmacy allegedly used tickets to sporting events, concerts, plays, spa outings, golf games and ski trips to bribe doctors to write prescriptions for its products. The company also had representatives schedule paid “preceptorships,” where the reps would follow doctors in their offices in an attempt to increase prescriptions written for their products.

The specialty pharmacy company agreed to a forfeiture of $1.4 million to resolve the anti-kickback statue allegations. It will also pay $9.9 million to resolve false claims allegations, according to the DOJ. Representatives with the DOJ said that by entering the deferred prosecution agreement the company was able to avoid criminal and civil liability for the kickback and false claims violations.

According to the DOJ, the settlement resolves a False Claims Act lawsuit that was filed by a former sales representative for the specialty pharmacy. As part of the resolution, that whistleblower will receive $1.7 million.

Whistleblowers stand to gain substantial amounts, sometimes as much as thirty percent (30%), of the amount the government recovers under the False Claims Act (31 U.S.C. Sect. 3730). Such awards encourage employees and contractors to come forward and report fraud. You can learn more on the False Claims Act on the DOJ website.

Attorneys with The Health Law Firm also represent health care professionals and health facilities in qui tam or whistleblower cases. We have developed relationships with recognized experts in health care accounting, health care financing, utilization review, medical review, filling, coding, and other services that assist us in such matters.

What Do You Think?

What do you think of the settlement agreement? As a health professional are you tempted with kickbacks? Please leave any thoughtful comments below.

About the Authors: Lance O. Leider is an attorney with The Health Law Firm, which has a national practice. Its main office is in the Orlando, Florida, area. www.TheHealthLawFirm.com  The Health Law Firm, 1101 Douglas Avenue, Altamonte Springs, Florida 32714, Phone:  (407) 331-6620.

George F. Indest III, J.D., M.P.A., LL.M., is Board Certified by The Florida Bar in Health Law. He is the President and Managing Partner of The Health Law Firm, which has a national practice. Its main office is in the Orlando, Florida, area. www.TheHealthLawFirm.com The Health Law Firm, 1101 Douglas Ave., Altamonte Springs, FL 32714, Phone: (407) 331-6620.

On September 27, 2012, Public Citizen, a watchdog group, reported whistleblowers have initiated $6.6 billion in penalties against drug manufacturers in 2012. Most of these penalties are for fraudulently overcharging government programs. The report names a small Key West, Florida, pharmacy as one of the top whistleblowers in the country. The pharmacy noticed and reported that drug manufacturers were charging highly inflated prices to Medicaid.

To read the entire report on from Public Citizen, click here.

Whistleblowing Can Pay Off Big.

The study shows that the government collected billions of dollars, just in 2012, as a result of whistleblower efforts.

One major victory was in 2012, the pharmacy won a settlement with Boehringer Ingelheim, a large pharmaceutical company, for $289 million for overcharging government health programs for various drugs.

It’s no surprise that states are short of funds to pay for Medicaid. As a result, fraud enforcement is increasing, in hopes that the recoveries will make up that deficit. According to studies, states that have elected to enforce whistleblower claims against the pharmaceutical industries have found that the outcome pays for the cost of enforcement.

How This Affects Providers.

If states find that fraud recovery produces large results, they will increase their efforts in other areas besides the pharmaceutical industry. This could result in additional audits against individual providers, with states hopeful that they will uncover overpayments and other problems that would allow recoupment of funds. In fact, this is already happening in some areas, and the auditors are actually incentivized to find mistakes that providers make.

Medicaid fraud is a serious crime and is vigorously investigated by the state MFCU, the Agency for Healthcare Administration (AHCA), the Zone Program Integrity Contractors (ZPICs), the FBI, the Office of Inspector General (OIG) of the U.S. Department of Health and Human Services (DHHS). Often other state and federal agencies, including the U.S. Postal Service (USPS), and other law enforcement agencies participate. Don’t wait until it’s too late. If you are concerned of any possible violations and would like a confidential consultation, contact a qualified health attorney familiar with medical billing and audits today.  Often Medicaid fraud criminal charges arise out of routine Medicaid audits, probe audits, or patient complaints.

About the Author: Danielle M. Murray is an attorney with The Health Law Firm, which has a national practice. Its main office is in the Orlando, Florida, area.  www.TheHealthLawFirm.com  The Health Law Firm, 1101 Douglas Ave., Altamonte Springs, FL 32714, Phone: (407) 331-6620.